Show everyone the latest shots which make you feel dead chuffed with your camera choice
Forum rules
No more than three images or three external links allowed in any post or reply. Please trim quotations and do not include images in quotes unless essential.
Post Reply
First unread post • 480 posts

RobbieA wrote:Some lovely images Mark... sorry I'm not up to your standards with my "plastic" pics Greg.. The entire idea for me as a photographer is to get smooth backgrounds and not like a birder would want with recognizable backgrounds. Please also do not kid yourself, it takes a great deal or work and patience to get the shots...

Robbie I fully realize how difficult bird photography is from my own experience, it’s one of the most difficult photographic pastimes there is and good images are few and far between.
Your images have always been of excellent quality and show great determination in pursuit of the ultimate, (beyond my own level of dedication, I do snap-shooting by comparison) no question, I just have my own personal preferences when it comes to PP that’s all.
Maybe it’s my monitor that’s giving me the impression of highly detailed painted glass models rather than real live birds I’m not sure on the exact cause, I was blaming slightly over done PP but maybe I was wrong and the real live birds actually look that way in real life, it’s just the impression of artificiality I get when viewing those otherwise splendid photos of the Kingfisher and the Swallows.
Put it this way, if you were to put the RAW converter into ‘auto’ or ‘default’ and then do nothing but produce a JPEG ‘as is’ would the result be closer to the real live birds or the images you have shown us? Or half way between, or different altogether from either the real thing or the photos?
I only ask from an interested bird photographer point of view who’s probably more interested in the birds (their diversity, their specialization, and reasonably accurate recording thereof) than the actual photography, not from a nitpicking point of view.
Greg
Top

I process my images using Adobe RAW with most of the default settings. I do use the correct lens profiles which correct for any lens anomalies and after opening the file in PS, I do levels, contrast, saturation and after resizing for web, sharpening... not much more. I am old school and believe in shooting right, not photoshopping right. It makes a big difference!
Top

Today I was at the Natural Bridges State Park and Beach in Santa Cruz, California. This one is with CZ24-70.
Straight from the Camera, no PP. Since this is not my forte, any suggestions on enhancing the image (high/low lights,
WB, crop etc) is most appreciated and welcomed. I was thrilled that I could actually get two birds in "flight", let alone
a single one. The 100% shows the ferocity in the eyes of those birds. By the way, I don't even know what these are
called. That is my level of knowledge/ignorance. 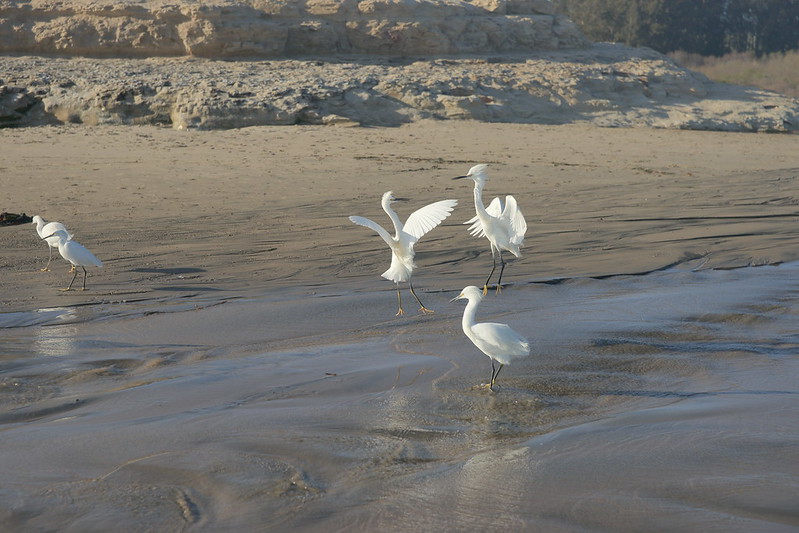 sury wrote:... By the way, I don't even know what these are
called.

sury wrote:... By the way, I don't even know what these are
called.

I think I would crop portrait wise to just cover the three in the middle
Some days you eat the bear, other days the bear eats you....
My Flickr site:- http://www.flickr.com/photos/rb56/
Top

You guys are killing me.

That one is a crop too. I will try as suggested as well. Thank you.

I would say that these are Cattle Egrets (Bubulcus ibis).
Mark
Top

Regarding my shots. I do a lot from my hide. You may call it 'artificial' or even 'manipulated' but believe you me I still sit there for hours and those little so and sos still know I'm there!

Me and OH have a ploy where we take it in turns to leave. Only the crow family are wise enough to sometimes know that one of us is still there but a lot of birds can't count. This is still field craft and is as important as actually getting the shot.

I also shoot away from the hide - it's not as fail safe but is equally rewarding when an opportunity presents itself and you get the shot off.

Now here is an example of my garden stuff. This robin is not 'tame' by any means. It is quite wild and this week has only been more present because he/she has found a partner.

They often become 'tame' when they are desperate and raising young. One year I had a robin that used to come to the back door and ask for food. This is normal robin behaviour. The poor thing became so exhausted (robins don't usually live longer than a year) that one day it came to the back door in the last stages of exhaustion. It later died but this only after the young were successfully raised. I know they were successful in this because I watched every day.

Robins sat next to me the year I dug the pond and and I threw them worms or they came to pick them up at my feet. Again - this is quite natural for robins.

The joy of having our hide is that I can photograph bird behaviour at close quarters. I only have an old 300mm Minolta so I don't have the luxury of a long FL but most 'Wildies' would agree that it is better to try to get close than rely on a lens.

Also - observing from your local patch gives you a real insight into bird's behaviour. They may not be as unusual as a bird from another UK environment but I know a lot about their habits and how to best photograph their character.

So - this usually shy robin has been meeting up with a ‘friend’ and has become a bit more evident in the garden.

These images were taken during the past week in different light/weather, different times of day and in different places.
None of these has been altered in any major way. 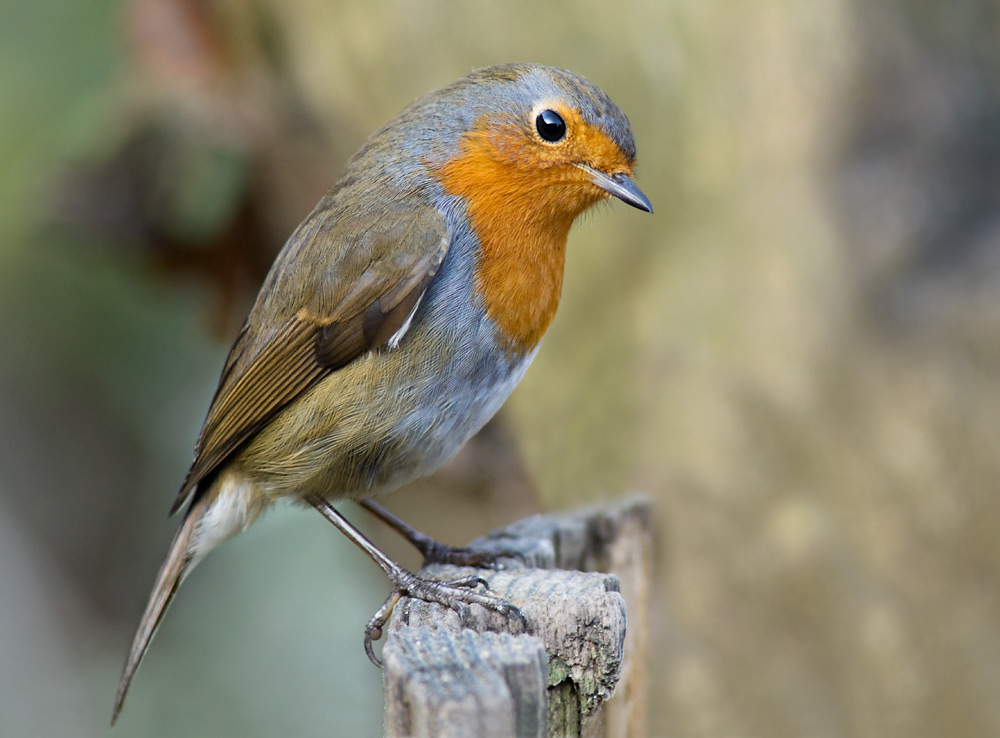 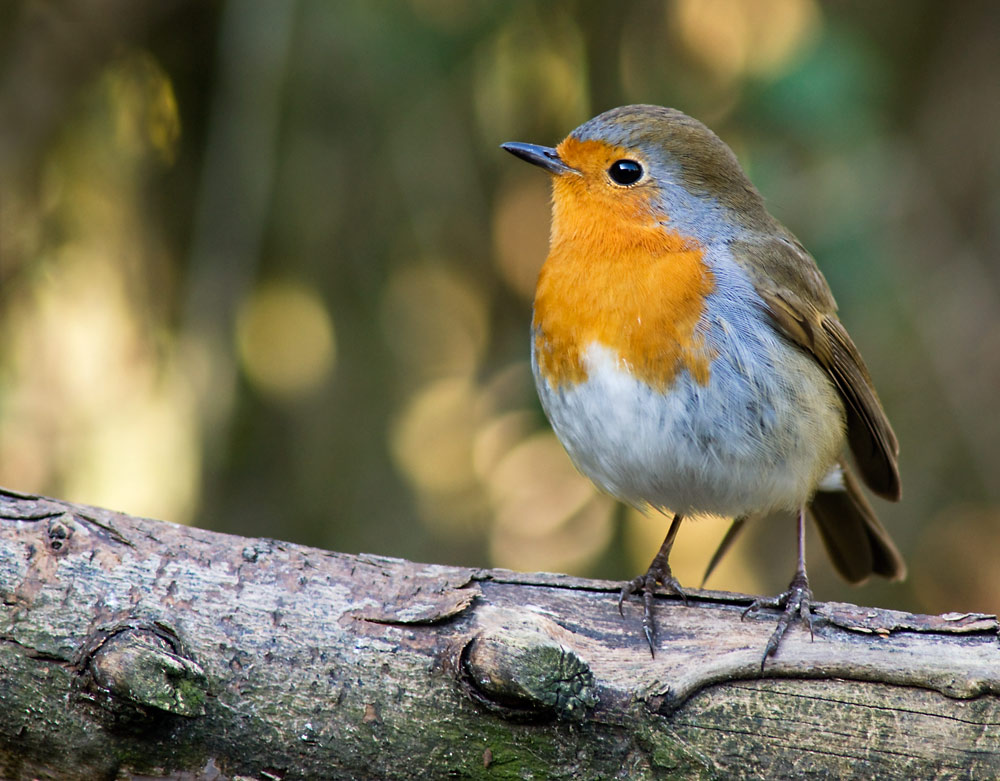 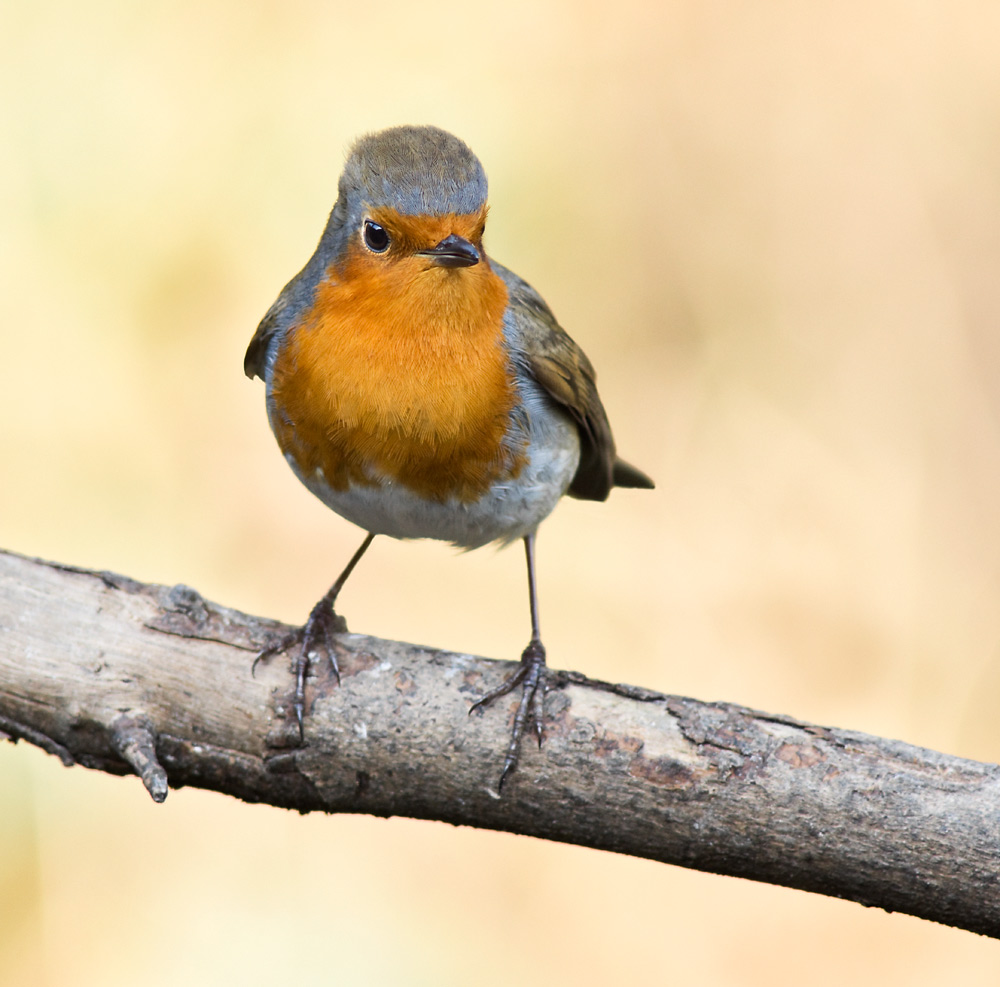 Pat
"Ah, but I was so much older then, I'm younger than that now" Bob Dylan
Top

Great Robins Pat.
Greg
ps Sury all the white Herons are called Egrets wherever they are in the world, the Herons all have at least two main colours.
Top 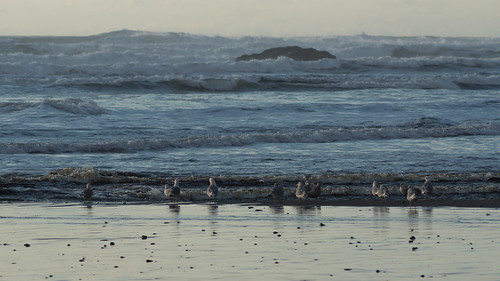 mvanrheenen wrote:I would say that these are Cattle Egrets (Bubulcus ibis).
Mark

No - check the yellow feet and black legs. They're Snowy Egrets.
Top

Greg Beetham wrote:ps Sury all the white Herons are called Egrets wherever they are in the world, the Herons all have at least two main colours.

Mostly but not completely true. Reef Egrets come in two color morphs, for instance. Also, the Great Blue Heron has a white color morph (the Great White Heron). Etc. Common bird names are not always logical or consistent. The only common names I can speak for are English - perhaps the naming conventions in Polish are better (g).

The best known example for us Yanks is the American Robin. It was named because it looked like the European Robin (sort of) but it is not even a close relative. IOW, not all robins are robins. There are lots of birds named like this, so to expect consistency is futile.
Top

Argonaut wrote: The only common names I can speak for are English - perhaps the naming conventions in Polish are better (g).

All those different naming conventions in different languages don't make sense. For example we don't differentiate herons and egrets. All these birds are called ...reiger. A grey heron is called "blauwe reiger", cattle egret is called "koereiger". Bitterns are the exception however.

On the other hand, English call a vast group of birds warblers, when all those birds here have separate names that don't correlate at all.

Thank you for the correction for sury's egrets btw!

) for correcting my generalization. We have according to the Pizzey&Knight the Reef Egret also (dark morph-almost black) I think I have actually seen a few of those when I went fishing in the Gulf, but they were rather skittish so I didn’t get a chance of a photo. (Also listed is the Eastern Reef Egret white morph, the Little Egret, the Great Egret and the Intermediate Egret, all white)
The Cattle Egret is there as well which is white except when breeding, then it has a bright buff colour on the head and neck. I’m not sure if I’ve seen the Cattle Egret in breeding plumage but there again I could have and forgotten.
I agree with the naming of birds being confusing, there is six pages of Robins (21) in the aforementioned Australian bird watchers book and none are directly related to the European Robin of course, some are very similar in style (body shape etc.) but different in colouring to each other and their namesake.
Greg
Top
Post Reply
480 posts

Users browsing this forum: No registered users and 8 guests