Specifically for the discussion of the A-mount DSLR range
Forum rules
No more than three images or three external links allowed in any post or reply. Please trim quotations and do not include images in quotes unless essential.
Post Reply
First unread post • 17 posts

Copied here on the advice of henry Richardson, after I've posted the same question on DPReview. And It's my first post here - but sure not the last, though!

Recently, I've started to get too much rejections from alamy, most under "Interpolation artifacts", and sometimes "noise". As I already have several doezn pictures from the A700 online (alas, all the pictures I've sold yet were from slides taken on my Maxxum 7, including half a page in the local version of "National Geographic's Traveller", but this is probably because I have yet more slides online that A700 pics), I really couldn't understand what is the problem. I Tried enlarging with P/S, with Fractal designs, and it doesn't seem to affect acceptance ratio. Sometimes I also get "soft and lacking definition" on pictures which are pixel-sharp. Other similar pictures passed. I tried changing my workflow - ie, agressive noise reduction from the blank areas - but the results are inconclusive yet. I'd like to know, from other Alamy photographers, How do you prepare your pictures for Alamy, common mistakes you've learnt not to make. and what is the highest ISO that you've managed to pass the QC.

Someone at DPReview forum advised me to change the EXIF from A700 to D300. Wonder if Alamy checks the EXIF at all?

Thank you very much!
Top

However, I do feel a bit stupid. I just checked 3 other rejections, and found out that somehow I've exported them with the short size being 5120 pixels, and not the long... no wonder that a 39 mp bicubic enlargement was too soft!
Top

Yagil wrote:Sometimes I also get "soft and lacking definition" on pictures which are pixel-sharp. Other similar pictures passed. I tried changing my workflow - ie, agressive noise reduction from the blank areas - but the results are inconclusive yet. I'd like to know, from other Alamy photographers, How do you prepare your pictures for Alamy, common mistakes you've learnt not to make. and what is the highest ISO that you've managed to pass the QC.

Welcome! I have several thousand pix on Alamy, from all models from the D7D to A700, and I have only ever encountered one set of rejections - for 'soft and lacking in definition'... it turned out that they meant the contrast was too low, and the images fell too far short of the ends of histogram. It had nothing to do with sharpness! So, do not assume that Alamy QC rejection reasons are always easy to understand.

Your sample is very crudely processed, and a good setup through Adobe Camera Raw with the right use of CA corrections, NR and capture sharpening should just look better than that. However, it's probably well up to Alamy QC requirements provided the overall picture looks good. Alamy uses 24 inch LG monitors, and when your images arrive, they appear like a big lightbox. They will click any thumbnail which looks a bit poor and view it at 100%. If they find it's not right, they will click a few more, and if they do not stand up to 100% viewing, they reject the submission. You may only be given one or two filenames as rejects, but they probably have looked at a few more before deciding to reject.

The secret to getting QC is to send in under 50 images at a time, and make sure they have plenty of variety, colour, contrast and impact. I've got all possible ISO speeds, degrees of sharpness and 'faults' through QC on the strength of good pix in which such faults are acceptable - have noise and lack of sharpness in a night-time carnival parade at ISO 1600, and it may get through. Photograph an ordinary daytime street scene with the same quality, and it probably will not.

Thank you very much!

That was excactly the answer I was looking for.
Top

I have over 2200 images on Alamy from 2003 and onwards. Only rejections have been for occasional dust and forgetting to eliminate edges from scans. I started with X700 and mostly Sigma 28-70 F2.8 through DSC-R1 and now A700 & A350. I also use Panasonic LX2 and latterly LX3 because of 24 mm lens. I am a wide angle enthusiast.
I follow a strict procedure of shooting RAW whenever I can although JPEGS from the R1 has passed as well. I use PS/ACR and (LX3 Silkypix as not on ACR yet). I make as many adjustments as possible in ACR including CR removal at 200 or 400%. I then open in PS at 300 ppi 16 bits and make final corrections such as straightening, distortion removal and levels ensuring that there is a full spectrum of tones in the Histogram. I then save straight as Jpegs avoiding the TIFF stages (except for the LX3). As I mostly shoot for travel, architecture and landscape 99% of my pictures are taken in sunshine and I use as low ISO settings as possible. You should have no problems with the A700 and CZ16-80 as long as you look out for CA and remove in ACR looking at the extreme corners at 200 or 400% for edge CA. Using Bicubic to up-size to 50 Mb should not result in any artifacts as long as you do not crop severely. I used to up-size my DSC-R1 images to 65-70 Mb without ever having a problem with Alamy QC. I never apply any sharpening but leave the cameras at default setting. I have disabled the ACR defaults sharpness setting. The A700 RAW images should be fine at higher ISO settings although I mostly use ISO250 on my A700, but I never go above ISO 100 on the LX2/3 for fear of noise. I think the key is to have a settled workflow and make sure that all the Alamy QA instructions are followed as a built in routine.
Top

Yesterday I've subscribed to Alamy as contributor, and today I've passed the QC control. I'm using the A700 and I didn't removed/edited the EXIF infos. I think that you have only to be very nitpicky when selecting your pictures and develop them carefully.

I'm new to stock photography, I would like to earn something with my hobby, but I'm quite pessimistic. I just can't believe it can really work...
Gianluca
Top

Someone at DPReview forum advised me to change the EXIF from A700 to D300. Wonder if Alamy checks the EXIF at all?

As I stated above I have had images accepted from scans using my Dimage Scan Elite 5400 II as well as from Fuji E900, Panasonic LX2/3 and Sony R1, A350 and A700. There is absolutely no need to change any EXIF data as Alamy QC are only interested in the IQ of the images they view.

To Gianluca:
Welcome to Alamy. It is important to build up a substantial presence. This is a numbers game and not only that, if you upload images of subjects, objects and/or places already well represented then it boils down to having images that are more interesting, better composed and wih good colours without being over saturated as they will also be rejected. Keywording is important to get a good Zoom rating so that images appear in views before other contributors. If you add in too many irrelevant keywords your zoom rate will diminish.
Top

Thank you for the encouragement

Actually the key-wording stage is quite frustrating because I don't know so many words in english.. and I know that key-words are as important as the picture itself. WordReference.com is a big help, but it's time consuming. Hopefully I have access to Venice and italian stuff.. I will see what I'm able to do. I will have also to learn what I can post without a model release, that's very annoying.

As far as I understand a picture like this one: 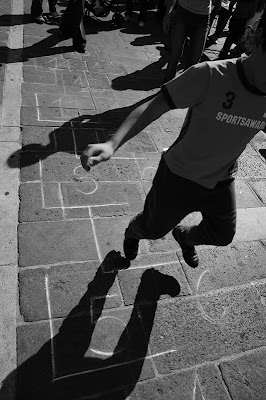 needs a model release, because someone could reckon the boy. Am I right?

and if I don't have it, can it be of any use? or the picture can still be used so perhaps someone could buy it?

I will have to get up at 6:00 o'clock to take pictures at the monuments..

You can not sell the unreleased photo royalty-free, but you can sell it Licensed, you just say 'No Model Release. It can be used by newspapers, magazines etc but not for advertising and commercial.

Thank you David, after reading some topics in Alamy forum I've understood a little better how it works and it is quite simple, indeed. At the end I have only to answer the questions: How many peoples (or part of them) are in this picture? 0, 1, 2, 3, ... and Do you have model release? yes/no. It is the buyer who has to use the picture accordingly.
Gianluca
Top

Why do they want pictures upsized to 50meg?
Top

Why do they want pictures upsized to 50meg?

I presume reference is made to Alamy's file size requirements of minimum 48 Mb Jpegs when opened. Alamy do not want images "upsized" to 48 Mb per se. They just want minimum Jpeg size of 48 Mb opened. So if you scan film you scan to a minimum size of 48 Mb as upsizing a scan is considered a bad idea due to artifacts and grain enlargement. Similarly if you use a Canon EOS 1Ds you do not upsize unless the images has been severely cropped as the full size Jpeg image from that camera is around 60 Mb opened. The A900 will deliver an even larger image. Only DSLRs with less than 17 Mp sensors need to have images upsized to meet the 48 Mb requirement. Alamy sell to a wide variety of users. Most of these purchase images of less than 48 Mb but the idea is to be able to sell to any intending purchaser and 48 Mb will provide an image of around 40 x 30 cm at 300 ppi or near enough A3 size. This would be equivalent to a two page spread in an A4 page size publication.
Top

I've noticed that they have been more selective lately - more of my slides (5400 scanner) get rejected, even those who in the past were accepted when uploaded ALONE.
Top

Update: I applied the advice here, and a batch of 46

Went through today without any problems. Thank you all very much!
Top
Post Reply
17 posts

Users browsing this forum: No registered users and 13 guests