Specifically for the discussion of the A-mount DSLR range
Forum rules
No more than three images or three external links allowed in any post or reply. Please trim quotations and do not include images in quotes unless essential.
Post Reply
First unread post • 231 posts

I have little respect for DPR as I've used plenty of cameras they "so called reviewed" but missed some damn obvious problems and some of them pretty serious. (esp Pentax AF problems glaring and very notable on the K-r) Even their A57 review, whilst I like the camera they were not critical enough IMO and missed some obvious points esp regarding handling.
No I've not used the A99 and doubt I will because nobody will stock it in the shops to play with.

More to the point..read the review again and they love the video, yet everyone is saying how soft and mushy it is...that worries me quite a bit because even someone who isn't that into video can see that a mile away from their own video samples. Having a camera there and being able to effectively review it properly takes more than a couple of weeks. I've read enough DPR reviews to know what counts..and ranting about a silly video button (in other reviews) is petty and pointless. They need to take the gloves off a bit with "all" their reviews.

Otherwise we end up with whatdigitalcamera "everything is great"
Top

Uk photographers should vote with their feet anyway, while the UK price for the body is nearly a $1000 more than it is in the US.
Top

Well I've tried changing mounts before and don't fancy it again. I would suggest A mount users look at s/h DSLR bodies for A mount if that appeals.
It's not just a problem for Sony in the UK (let's be blunt few will pay the A99's asking price esp with the D600/800 around for less)

Get used to seeing this a lot more
http://forums.dpreview.com/forums/post/50467753

Sony are going to have a real problem keeping A mount users. As they say once you have seen the bandwagon it's "too late" only a hefty price cut can possibly save things.
Top

Just for fun I found a calculator that calculates the charges involved in importing something into the UK (an imaginary A99 from Australia paying the retail price of $2400 AUD plus $80 for UPS and another $12 for insurance, (I have no idea if that insurance would be correct but I had to put something in the space provided or it wouldn’t calculate).
The import duty and taxes amounted to £406.66 on top and that brought the total to £2030.72 once the conversion of currency was done and the duty and VAT was added on. I don’t know what else might play a part in any cost increase but that seems a fair bit cheaper than the retail cost in the UK so it’s difficult to work out what’s going on. http://www.dutycalculator.com/new-import-duty-and-tax-calculation/saved_calculations/view_details/145165285 I don’t know if Sony is to blame or it’s the importers and retailers that are contributing to the cost difference, the importers should be able to get themselves a better price from Sony than the retail price in Australia one would think. I tend to think the importers and retailers are each adding quite a handsome margin on for themselves and where most of the difference is coming from.
Greg
Ps actually that AUD price is inflated, it includes import duty into Australia and then our GST added on top so one would think if it was being exported to the UK both of those should be taken off and that would make it quite a lot cheaper again.
Top

The a99 reviews are multiplying and mostly positive but not, perhaps, exuberant. This doesn't surprise me - all these new cameras are exceptional image makers and we are enjoying a surfeit of riches such as to make people blase. However, there is nothing like extended use to bring out the true qualities of a camera and this is where most reviewers fall down - they are really testers and measurers and not users for the most part. And of course there are plenty of nit-pickers - to be found on all internet forums - who will seize on the negatives, whether or not they amount to much in the real world, and ignore the positives. In the real-world user context Kirk Tuck has written a most interesting piece. ( I have enjoyed reading his musings ever since he wrote a fantastic commentary on the Leica M6 in photo.net many years ago - one of the best such pieces I have read).

Sony a99 notes from the bleeding edge...

In particular he highlights his use of the new front mounted rotary knob and also the Smart Tele-converter. He is not completely uncritical of the camera but it has stood up to demanding use for him. As he and others, such as another interesting review in Amateur Photographer, point out, however, it does not stand up to demanding sports use, mainly because the EVF technology is not yet up to scratch for high speed imaging.

Notwithstanding the niggles you always get when new cameras come out this one increasingly sounds pretty good to me and, thanks to the utilities conferred by the EVF (which both Tuck and AP agree is a step up from that in the a77 / Nex7 even if the tech specs are essentially the same) offers practical handling advantages compared with its OVF competitors provided you are not a sports photographer.
Top

I'm not a Kirk Tuck fan but I don't have a problem with his write up bar a couple of obvious points.

No photographer event or not is going to set up the camera to display the image in the VF for 2 seconds for one obvious reason. You can't see your next shot or the subject, and missing it isn't an option. If I had image review on and shot a wedding it would be a walking disaster for my type of shooting, I simply don't have time to review images at critical moments, and honestly the lack of an option for "review images only on back LCD" is a very very notable issue I have with the current SLT Models. You just don't have this option and you're basically forced to turn image review off.

Maybe Kirk works in a different way to me but I suspect a great deal of users will be turning instant image review off full stop. Really this needs a look from Sony to fix this annoying quirk. As for the zoom and jpeg, fine if he likes shooting jpeg no problems it's hardly worth shouting about though.

At the end of the day whatever I think or whatever Kirk thinks I honestly do feel that this isn't going to have any impact in the market in any serious way. It might hit the spot for some A mount users. Not to be overly dramatic but I'm seeing landing craft on the beaches..aircraft flying overhead (Nikon), and the The führer is asleep (Sony), and nobody is releasing the Panzer divisions

Nikon are full out on the offensive and Canon will respond too, 2013 will be a very important year for the full frame market.
Top 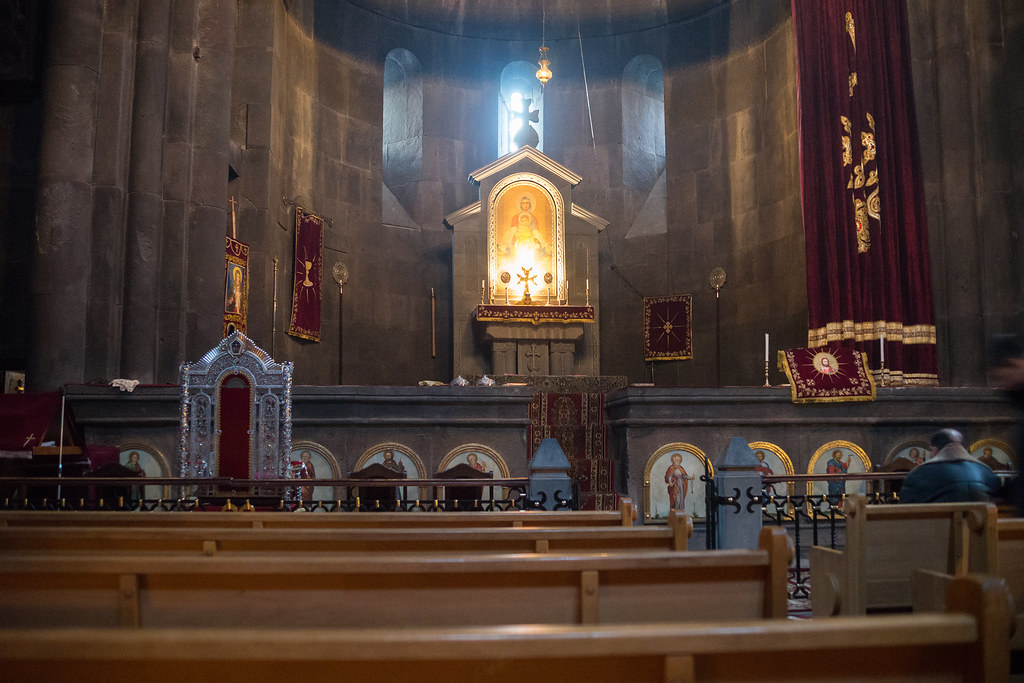 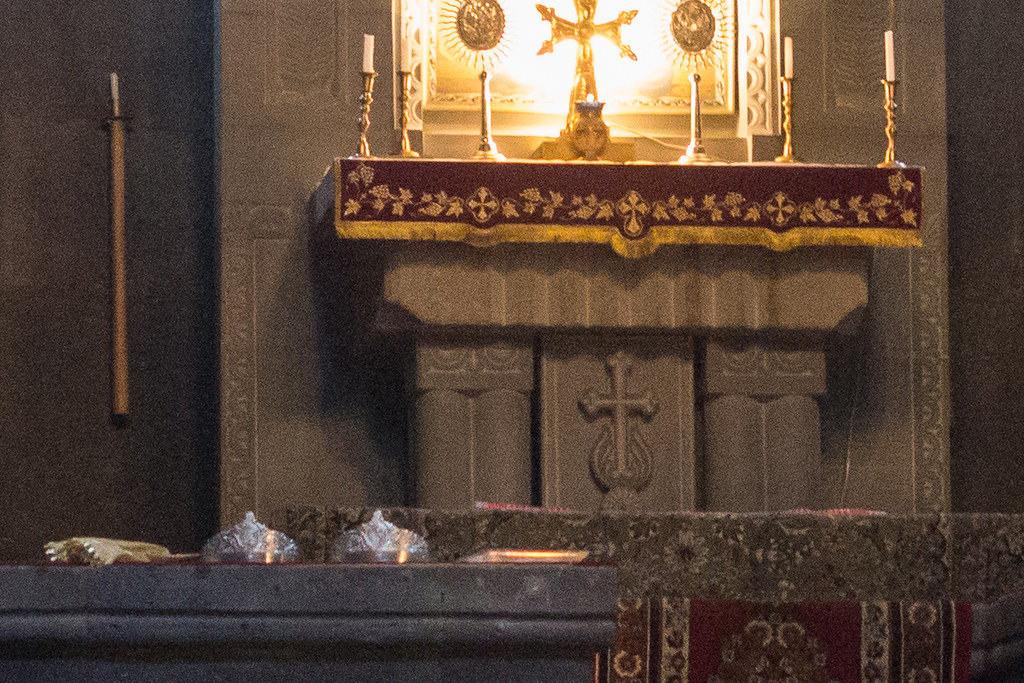 nice shot Dr. in what looks like difficult lighting. To my untrained eye, I would be happy with a shot like that..

I was thinking of upgrading my A550 to an A57, but am now going to hold off till end of 2013 and get an A99 at what I hope will be a much lower price then it's current price

Congratulations on the A99 Doc! Nice shot of he altar.

Thank you Yildiz and Aram. Waiting for the holidays (beginning from the 27th) to "exploit" the a99.
A99 + a7rII + Sony, Zeiss, Minolta, Rokinon and M42 lenses

Great shots Doc!!! That A99 seems to be winner!hiccup!