Hi Sury, no just for that FL, and maybe there is another i don't know about which would cost even more for some other mount.

Wow. That is rich!hiccup! And it shows why it is worth it. Thank you Charlie for the info. My boat (not the ship yet) still adrift
and is not in the dock yet.

I will wait a tad longer (like a decade or so).

I woke up at 2:50 AM to catch Saturday's Lunar Eclipse. I sat in the cold and dark for 3.5 hours watching the magic. Totally worth it (no pun intended). Here are the results... Wow. Fantastic. Love the time lapse sequence. May I ask how you achieved it?

sury wrote:Wow. Fantastic. Love the time lapse sequence. May I ask how you achieved it?

The shot is (obviously) a composite, and one of the most difficult/involved post processing project I've ever undertaken. I set up two cameras (on tripods) to shoot at 10 min intervals. I had 1 with a wide lens (approx 17 mm @ 35mm equivalent) set up to track the position of the moon, and a second with a 70-200mm @ 200mm to capture a detailed image of the moon. I decided to do it that way to get the maximum detail and balanced exposure of the moon and the foreground at the same time. Given the significant change in luminance of the moon during the eclipse, and the significant difference between the luminance moon and the rest of the scene, I felt the two camera solution was the best solution. I could keep my base layer exposure relatively constant (f/8, ISO 400, 2-4 seconds exposures) while adjusting the exposure for the moon (Those were shot at a variety of ISO's F/stops and Exposure times. I think they ranged from around F/8 ISO 200, 1/125 for the full moon shots to F/5.6 ISO 800, 2+ seconds for the shots at totality. Given the Rule of 600, I didn't want to go above 3 seconds for the shots of the moon (or above iso 800)) as the luminance of the moon changed. I also wanted to keep the f/stop in the middle ranges for maximum sharpness. This had more to do with the optical qualities of the lens, than hyperfocal distance (plug 186,000 miles into your handy dandy Hyperfocal distance calculator.

Great work and story to boot.
I feel embarrassed to post this now. it is just a taste of what the Tamron 150-600 can do when asking for landscapes. Lonnie,
Thank you for taking time to explain the set up and your reasoning behind it.
Very much appreciated. The two camera concept is a good one to keep in mind. 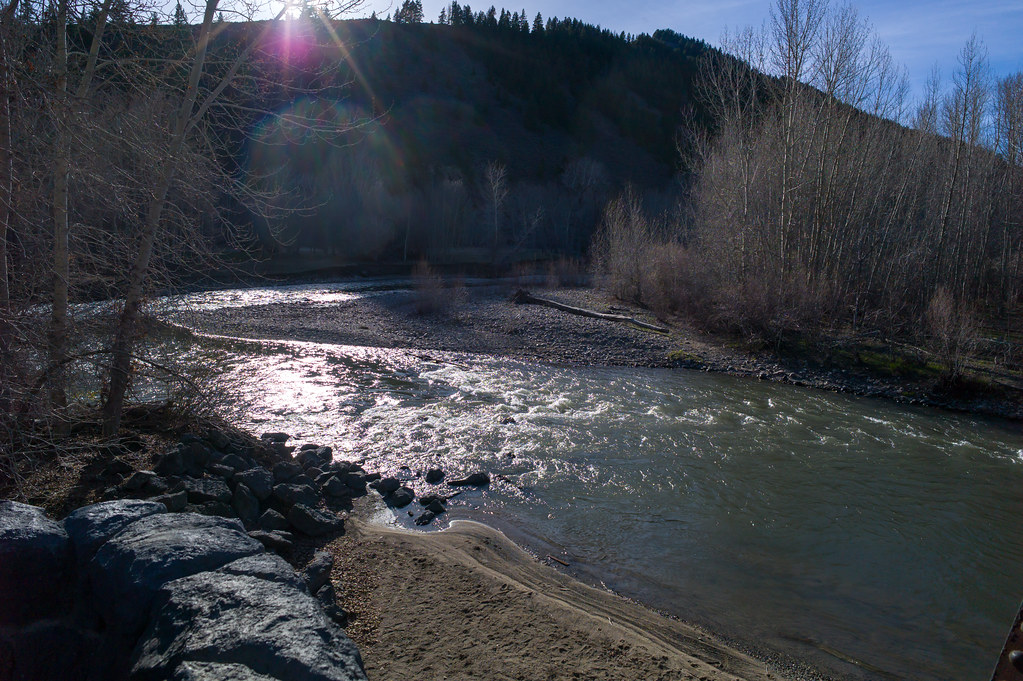 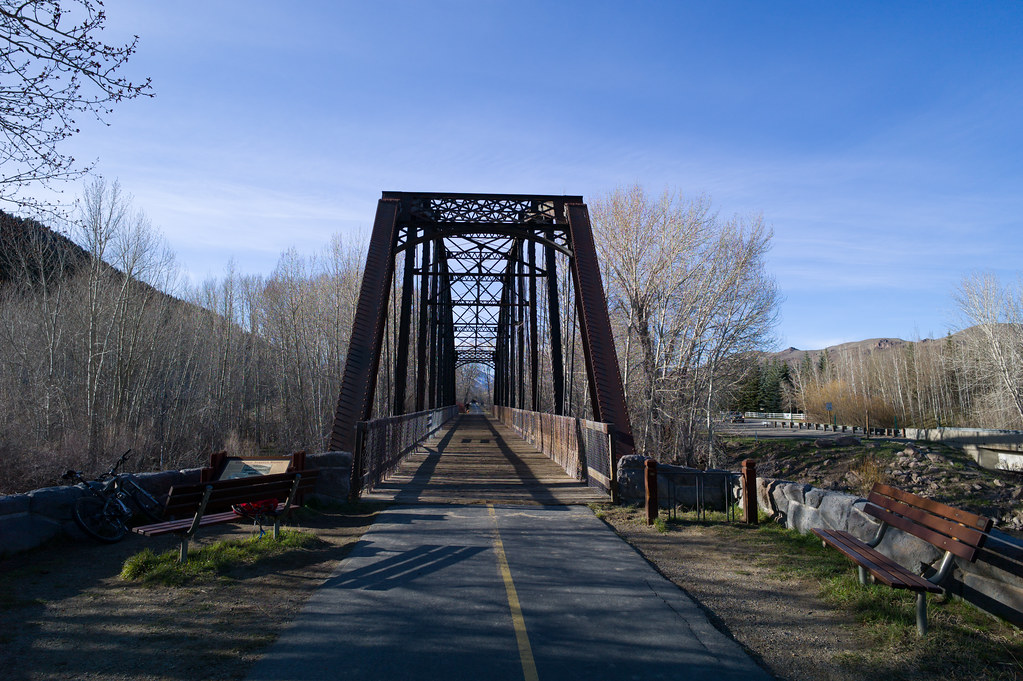 one more with SEM21 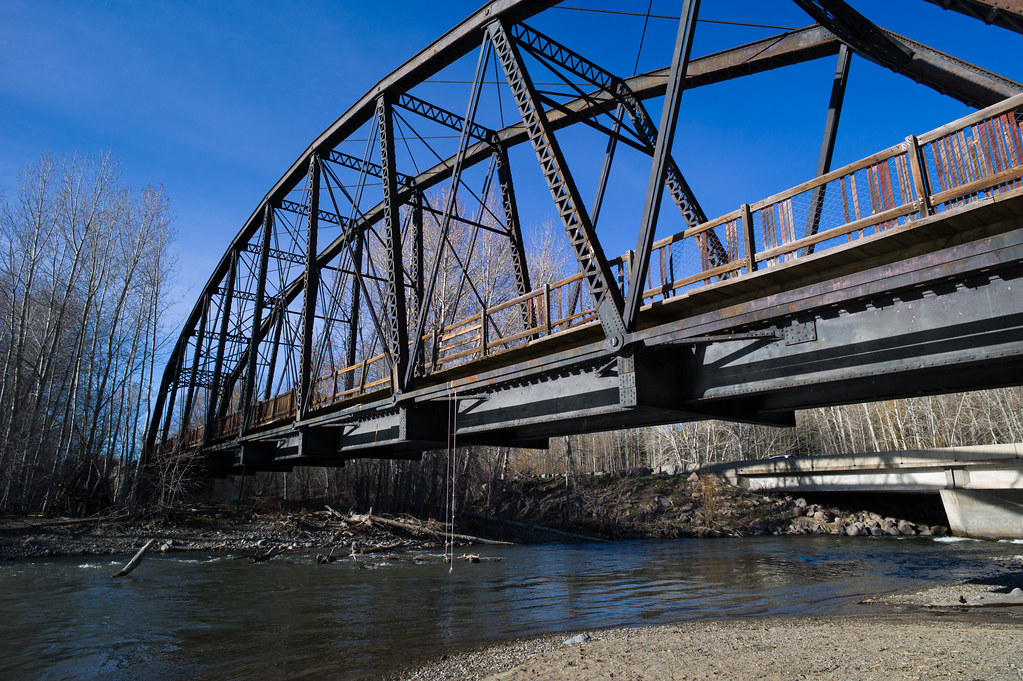 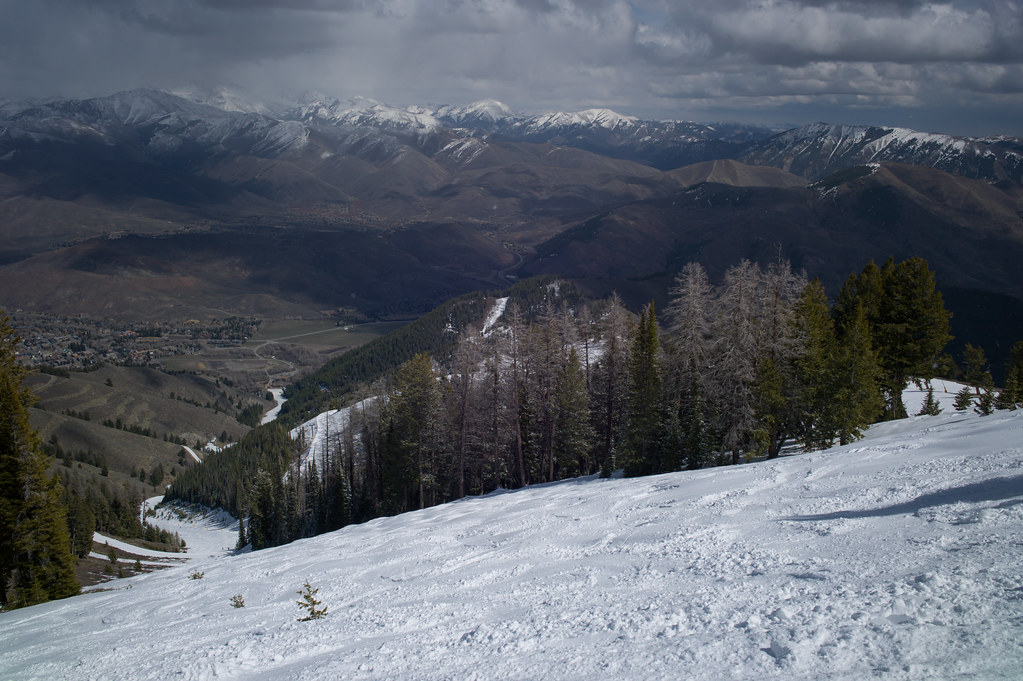 Great shots Lonnie, Sury, JB, and Charlie. Lonnie, that was quite a composite. How long did the editing take you? Charlie, I especially like the one looking up at the bridge with the very blue sky behind it.

The sun was trying to poke through a rather overcast morning. But that was about all it could do.

Nice set Charlie. Apropos the second image with SEM21, I am curious to know
what are the attributes of the lens that makes it so desirable. I am not able
to discern anything specific to lens per se while the image is beautiful. My question
is purely from my lack of knowledge and not being critical of the choice.
That 2.8 image is just fabulous.

Jeff, Thank you and I like the silhouette effect a lot.

Under the silver poplars.

These are IR shots right?